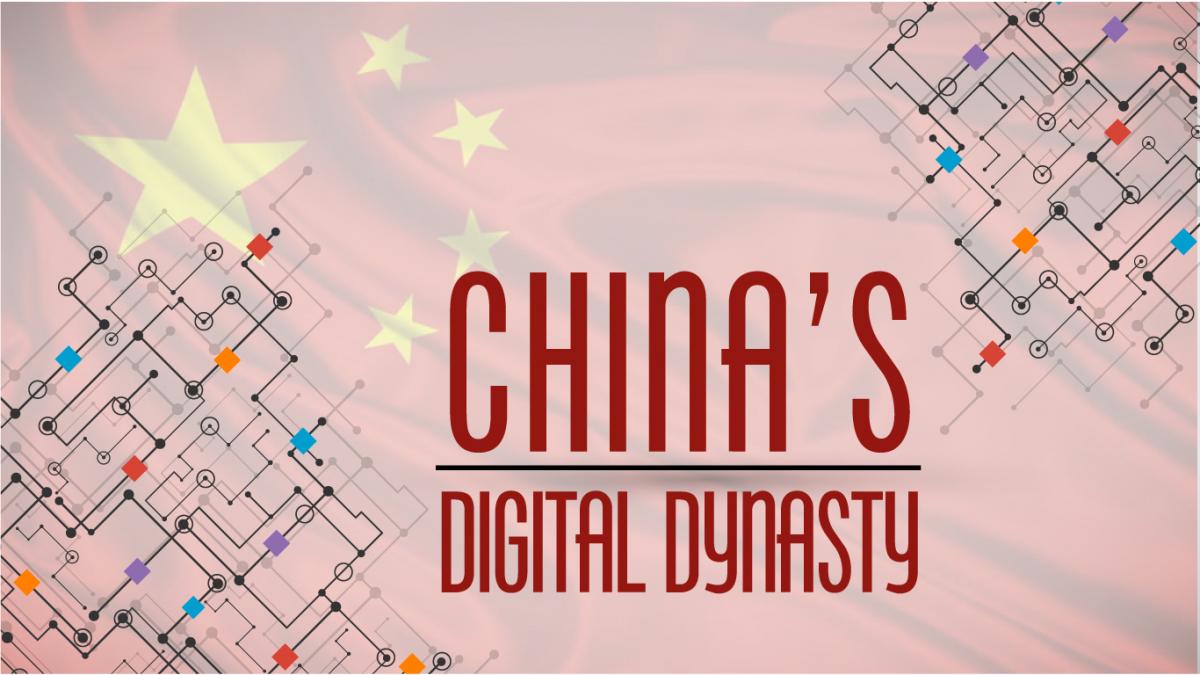 Google caused a big stir in China earlier this year when its artificial intelligence system beat the world's best Weiqi (围棋) player at a tournament in the ancient canal town of Wuzhen, China. “The age of intelligence” is here, Google chairman Eric Schmidt announced to a previously quite naive world. This impressive victory for American knowhow created quite a stir in the West too, but for rather different reasons. “That’s great! Good for Google!” came the comments from western friends on social media. “By the way, what’s Weiqi?”

Tsk, tsk. You really need to take a refresher course on China. As every Beijing schoolboy knows, Weiqi invented in China 2,500 years ago, is the oldest board game continuously played today. Better known in the west under the Japanese name of "Go", it is a two person game of strategy, the kind of intellectual activity ambitious Tiger Mums in Beijing sign up their kids to play on a Saturday morning when their peers in England are kicking a football around a pitch instead. About 300 times more complex than chess, this massively popular pastime involves the careful placement of black-and-white counters and, often, the pensive stroking of a wispy beard. 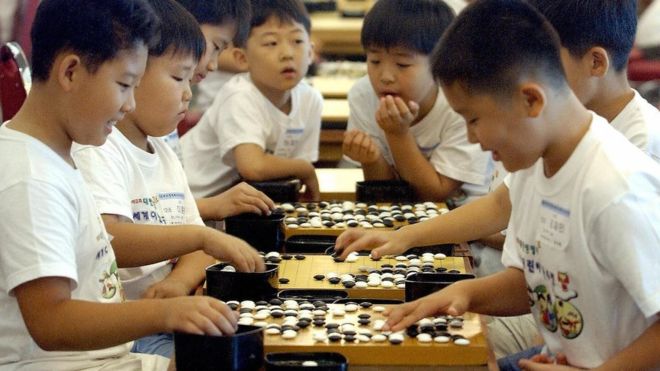 Losing Grandmaster Ke Jie was reduced to tears. His digital opponent AlphaGo was “perfect, flawless, without any emotions,” the 19-year-old was quoted as saying in the New York Times? “Last year, it was still quite humanlike when it played. But this year, it became like a god.” AlphaGo demonstrated to us all that artificial intelligence, the idea that computer systems can perform functions typically associated with the human mind, is no longer futuristic speculation but present-day reality. For fans of zombie apocalypse movies, AlphaGo's omnipotence poses troubling questions about the future of humanity. In a now-famous Open Letter on Artificial Intelligence of 2015, public intellectuals Stephen Hawking, Elon Musk et al warned “we could one day lose control of AI systems via the rise of super intelligences that do not act in accordance with human wishes – and that such powerful systems would threaten humanity.”

I, for one, welcome our new overlords: partly because they may be reading this, but also because I am old enough to recall life before the machines. I remember leaving a series of increasingly frantic messages for a friend with the receptionist of a rather haughty London hotel back in the noughties. No smartphone back then — only the trusty receptionist, who carefully transcribed all my messages and handed them to the wrong person in the next-door room. I remember, too, the reams of paperwork required to book a flight from London to Beijing via Paris. I remember faxing it all to somebody who faxed it again to somebody else, or something. Oh the fun we had photocopying passport pages and inking in ticket numbers! Oh yes I remember 2006, the year before the iPhone. It was a simpler time, only with more paper, lots and lots and lots of paper.

My colleagues in Beijing do not fret as I do about the prospect of the Terminator marching into the office, staple guns blazing. They welcome artificial intelligence as a means of replacing repetitive workplace drudgery with multiplying leisure opportunities in their pursuit of limitless personal fulfillment. Beijing is backing artificial intelligence with vast sums of money. Just like their western counterparts Amazon and Google, Chinese tech companies are embracing the enormous potential of AI from autonomous cars to facial recognition. When not too busy playing Weiqi, the Chinese are funding moonshot projects, exosuits for disabled people and robots to teach children computer science.

Take WeChat. Haven’t heard of WeChat? Where have you been? The West, presumably. WeChat is China’s most popular chat app, with over 889 million users as of the end of 2016. Fifty percent of users reportedly spend 90 minutes a day inside the app. And what is WeChat? That's surprisingly difficult to answer. WeChat is basically Whatsapp plus Facebook plus er, the internet. In China, WeChat pays all our restaurant bills, orders movie tickets and unlocks rental bicycles. And more, much more.

WeChat, the super app, can essentially help you manage everything in one app

WeChat’s parent company Tencent launched a payments service in 2013 that now occupies 37 percent of China’s mobile payment industry. Wherever you shop in Beijing now you will see young people wafting phones at service people, ready to be scanned and presumably uploaded to the Matrix. WeChat even splits the bill equally among a group of buyers of, well, you know, stuff. WeChat is about the only thing from China that I ever successfully converted my family in London to adopting. They all prefer it to feebler western alternatives like FaceTime or Skype. Mum especially likes push-to-talk, a neglected feature in most western countries but a preferred method of chat over here. Now she can leave me reminders to call home. For free. Daily.

I wonder if Facebook founder Mark Zuckerberg has a WeChat account. He really should get one. It’s so much better than Messenger. Quicker than you can say "Skynet", WeChat's savvy boffins seem to sense what customers want and integrate the AI into all their products. “Basically, anything you need to do online can be done through WeChat,” Dr Andy Chun, a leading AI expert and associate professor at City University of Hong Kong told Quartz recently. “WeChat is much more ingrained into the average Chinese citizen’s daily life than Alibaba or Baidu (the Chinese search engine equivalent to Google). Amazon and Google do not have anything comparable.” 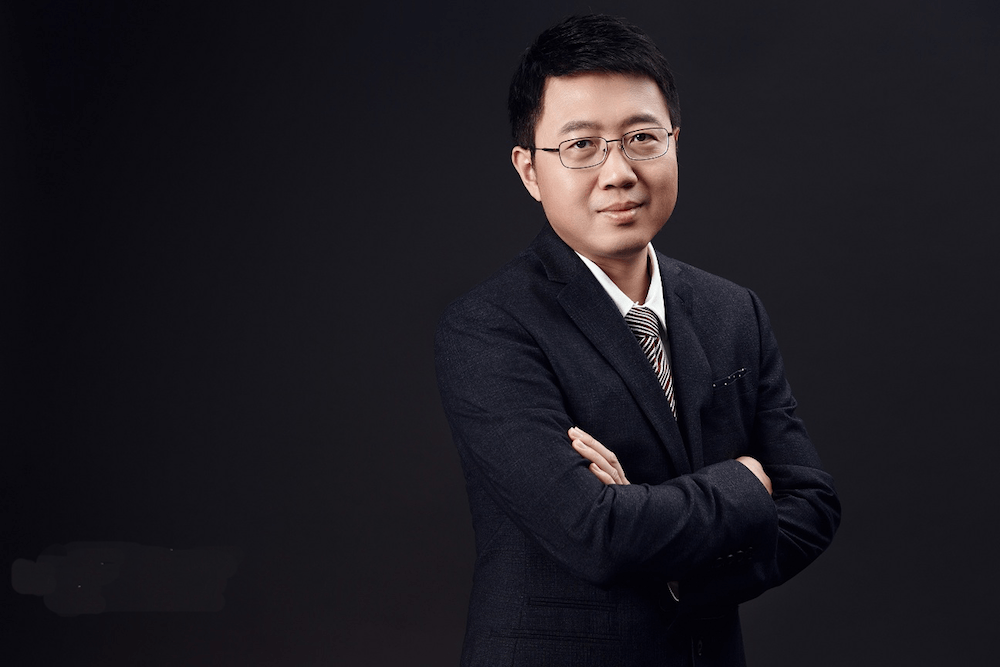 On May 2, Tencent confirmed it was opening a laboratory in Seattle dedicated solely to artificial intelligence research to be headed by Yu Dong, a former scientist at Microsoft Research. “I have a hard time thinking of an industry we cannot transform with AI,” Andrew Ng, chief scientist at Baidu, told the Atlantic magazine. Ng previously cofounded Coursera and Google Brain, the company’s deep learning project. The implications of AI for a nation of 1.3 billion people and the world's second-largest economy are mind-blowing, the dystopian alternatives rather too easily imaginable.  Economists have suggested that automating workplaces with AI could add 0.8 to 1.4 percentage points to China's annual GDP growth. But of course wider adoption of these technologies also presents a profound challenge to China as “the workshop of the world”, with the livelihoods of hundreds of millions of Chinese workers and Chinese society as a whole hanging on the right or wrong decision. With great technology comes great responsibility.

But what does it all mean? Well, either manmade robots will take over the world, or these technological feats will help bridge cultural diversities around the world. In the 21st century, I believe China will collaborate internationally in the development and governance of AI, ensuring that the necessary frameworks are in place to ensure that these breakthrough technologies make a positive contribution to global growth and human welfare. I have great faith that the world will get it right. Or to put it in Hollywood English, I believe if we all pull together as a team, unite as a planet, we can and will defeat our robot overlords.

The Rise of Women in China
Is China Leading in Climate Change Technologies?
Taichi Movements
Silk Road - a Fascinating Journey Through History