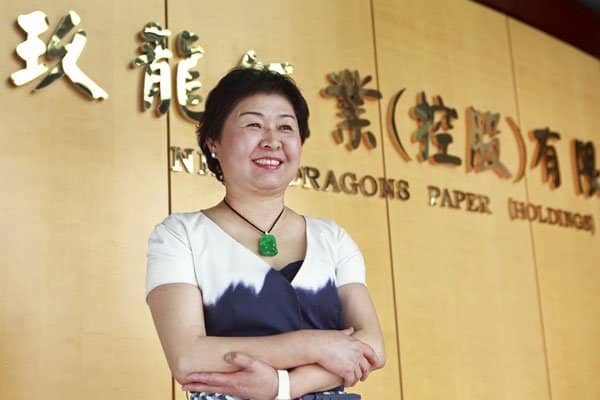 The Rise of Women in China

Since Confucian times, the Chinese have long been a male-centredsociety. In marriage, women typically wed into a husband’s household – more a contract between families than two individuals – and subservience was expected. In such a patriarchal society, by contrast sons were sole beneficiaries to a family’s fortune, and highly revered. Indeed Confucius himself was said to opine that “a good woman is an illiterate one” and, education for girls was thus limited to being a virtuous wife and a good mother; to obey the “Three Obedience’s and Four Virtues”. It wasn’t until the late Qing Dynasty, upon turn of the 19thcentury, that an effort to establish girl’s schools took place. After all, a stable home leads to a stable nation. Then, through China’s more recent history under the Communist Party, we saw further progress toward female empowerment and embracing the role of women. In fact Chairman Mao once declared that women “hold up half the sky”, and the years since have seen significant improvements to a woman’s legal and social status. Demographically, Chinese women have seen vastly raised levels of education, healthcare, employment, and most importantly independence. Since Deng Xiaoping’s program of ‘Reform and Opening Up’, some four decades ago, we’ve seen a sizeable emergence of “nv qiang ren (女強人)” – or “Alpha Females” – and according to the annual Hurun China Rich List in 2018, China now accounts for 63% of the world’s most successful female entrepreneurs.

Take for example Zhou Qunfei, founder of touch screen maker Lens Technology, and current holder of the title for world’s richest self-made woman with an estimated net worth of US $9.8 billion. Born into a poor family, Zhou was a success of Deng’s reform policies but most importantly her own dedication and perseverance, earning her the nickname ‘Brother Fei’, with suggestions she is ‘as tough as a man’. Having started with modest watch faces, Lens Technologies is now a major supplier for the likes of Samsung, Huawei, and Apple. Also on the list is Zhang Yin, founder and director of Nine Dragons Paper Holdings, and first woman to become richest person in China. Zhang was never afforded the opportunity of college, instead working from a young age to support her siblings. Her successes were similarly a product of hard work, having seized on opportunities presented by a paper-hungry domestic market in the 1990’s. Now a publicly listed company. Nine Dragons is one of the largest recycled paper manufacturers in the world.

With a slightly smaller net-worth but arguably larger household name, the highly admired Tao Huabi (or ‘Old Godmother’, as she’s more commonly known) came from humble roots having accidentally discovered the popularity of her chili sauce – then only a side condiment in the simple noodle shop she was running. It didn’t take long to realise customers were not actually interested in her noodles, which sparked the beginning of a ‘sauce empire’ that has fought off imitations and lawsuits to become one of the best known in China today. In the arts, Chinese women have also seen their share of rise to prominence. Amongst the famous, Eileen Chang spent her early years in Shanghai and Tianjin, before moving to Hong Kong and eventually the United States. Despite this, her formative years in an all-girls school in Shanghai moulded her literary talent: she wrote her first novel at age 12, eventually releasing several big hits, many of which were translated to English, including the highly rated Lust, Cautionreleased as a major motion picture movie worldwide in 2007.

Top novelist Zhang Lijia, ‘freedom fighter’ and author of titles including Socialism is Great,regularly appears as guest on the likes of CNN and BBC. Having grown up in Nanjing and lived through the cultural revolution, her memoirs recall her own intellectual awakening and struggles growing up through the tumultuous decades that followed. In sports – 2014 tennis world no. 2 Li Na had become a household name, having won 28 singles tennis career titles including both Australian and French Open grand slams. Unlike most sports personalities, Li had famously succeeded by quitting the state run system but instead arranging coaching and training herself. As with much of the world, social perceptions in China have improved and women given more opportunities to reach their potential.  In the Middle Kingdom, this has meant high rates of women in employment (high in fact, even compared to global standards) and much more independence. Couples are marrying later, and many opting not to have children. International Women’s Day is well celebrated in China – with many businesses giving half a day off to female employees. In private however, this is still against a backdrop of prevalent traditional values and an underlying reluctance to challenge patriarchal ideals. China’s very own #MeToo movement was killed off almost as quickly as it began – and in politics the role of women in senior positions is noticeably absent. Despite intentof equal representation: the 25-member politburo only has one female delegate. No women have served the standing committee to date. It doesn’t help that the legal retirement age for women in China is lower than that of men: a logistical hindrance perhaps, but also indicative of an antiquated perception that women are physically limited. As we celebrate 40 years of China’s ‘reform and opening-up’, and yet another women’s month comes to close, we can celebrate the progress of women in Chinese society, but knowing that more needs to be done. After all, women shouldbe holding up half the sky.