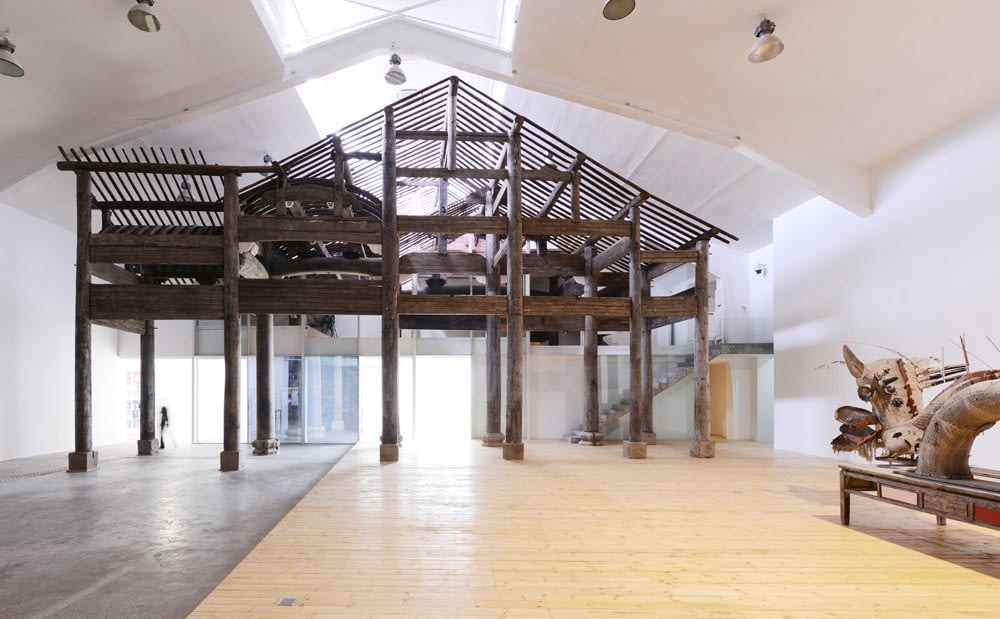 Imperial Tours has compiled a roundup of what’s happening and what’s new in China luxury travel this summer.

Ai Weiwei’s first solo exhibition in China titled ‘Ai Weiwei’ is currently on show in the 798 art district in Beijing.  Ai Weiwei has brought an ancient ancestral temple from southern China and reconstructed it in two neighboring galleries – Galleria Continua and Tang Contemporary Art. The installation is designed so that the visitor becomes an integral part of the project – as they walk around and through the structure they interact with it, displaying their social behavior and becoming part of the ‘social context’ of the exhibit themselves. You can visit this and two further Ai Weiwei exhibitions at Chambers Fine Art and Magician Space until September 6th 2015.

The Shanghai Natural History Museum has recently re-opened in a wonderful new building designed by international architecture firm Perkins+Will. The museum is located within the Jing An Sculpture Park in central Shanghai and has been designed sustainably and in the shape of a nautilus shell. It covers an area of 45000 square meters, houses a 4-D theatre and its exhibition spaces are home to 10,000 artifacts from around the world.

On the restaurant scene, RED BOWL at the Rosewood has been making a buzz in Beijing recently. Opened in May, it specializes in Chinese hot pot, albeit with a rather more sophisticated twist on the usual classic. You can opt for your own bowl or share with your group from a bubbling pot set in the center of the table. Start with choosing from 6 different broth bases then take your pick from a variety of fine meats, seafood and vegetables.  There’s also a very decent cocktail menu to choose from, or alternatively a selection of local Beijing micro-brews if you prefer the cooling properties of beer in order to counteract the spiciness of the hot pot!

The two Michelin star Amber restaurant at the Landmark Mandarin Oriental in Hong Kong has recently won 6th place in S. Pellegrino Asia’s 50 Best Restaurants. Two other China-based restaurants made it into the top ten when the awards were announced back in March. Ultraviolet in Shanghai has made it to number 3 with their avant-garde, multi-sensory dining experience. The three Michelin star Otto e Mezzo Bombana’s Hong Kong restaurant was awarded the number 8 spot with Chef Umberto Bombana’s take on contemporary Italian cuisine. He also has a restaurant of the same chain in Shanghai worth looking out for along with another one soon to be opening in Macau.

In other news, Mandarin Oriental has recently announced that they will be opening a new 74-room luxury hotel right in the heart of Beijing’s Wangfujing district in 2017. This is in addition to their 241-room property in the CCTV tower slated for a 2016 opening.

The ever-popular Kocoon Spa at The Opposite House in Beijing has recently introduced a policy of residents-only at their spa facilities. If you are staying at another hotel then you can head to Kocoon Spa at Taiyue Suites, also in Sanlitun. If you’re staying at The Opposite House then go ahead and enjoy the new exclusivity of their spa all to yourself!

We still have space on our ten day luxury Majestic Tour departing October 8th. This is the highest-end small group tour on the market and covers all the ‘must-sees’ of China. Alternatively, for our luxury custom designed tours please use our in-house consultation service. You can start by filling in the form here.