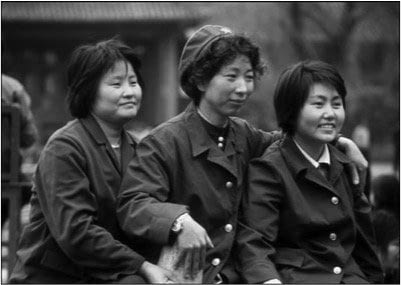 Redefining ‘Made in China’

As a country with a global reputation for cheaply manufactured goods, China is now making moves to shake off its ‘Made in China’ label and show the world its capacity for innovation, creativity and ingenuity.

That said, China’s fashion industry is caught in a contradiction. China is one of the largest producers of fake luxury goods, while at the same time boasts the single largest market for luxury retail in the world. This contrast has become the perfect breeding ground for a multi-faceted and diverse shopping culture to arise.

Repression of Expression | Understanding the Roots of Modern Chinese Fashion

To understand where China’ s fashion industry is headed, it is crucial to first understand more about China’s past ‘fashion’ standards. Up until the early ‘90s, China had virtually no brands or self-expression to speak of. Due to high inflation and a weak economy, Chinese people were relatively poor, only spending money on essential items. In addition, prevailing communist ideology meant standing apart from the crowd was seen as bourgeois and regarded unfavourably. Conformity was the ‘in-vogue’ fashion statement. The streets of China during this period were a sea of military green jackets, blue Mao-suits and grey workers’ robes. For women in the ‘50s and ‘60s the most desirable fashion accessory was a leather belt used to accentuate their waists in an effort to distinguish them from men.

After the ‘90s, as a result of China’s economic reform and soft embrace of western culture, much-needed swatches of color were introduced into the dull shades that had dominated China’s ‘fashion’ scene for over four decades. In contrast to the repression of previous times, the floodgates of ‘anything goes’ fashion unfurled across the country, hitting major cities like Beijing and Shanghai. Today, the shockwaves from this period still reverberate amongst Chinese women in their 40s, 50s and 60s. For example, today it would not be uncommon to see such women clad in brightly colored clothing adorned with sparkles, funny pictures and often ironic English text.

A New Take on ‘Made in China’

Today China’s latest and hottest fashion designers are a product of changes that took place in ‘80s. This is because children born in this period became the first generation of Chinese to have the luxury of going abroad and experiencing the world beyond China’s borders. With the implementation of the One Child Policy in 1979, the traditionally large Chinese family was reduced to three members. Combined with a growing Chinese economy, these smaller families had more money to spend on education and experiences for their one child. With new wealth and more open borders many Chinese families in this generation opted to send their only child to attend school outside of China. Those interested in pursuing fashion and design followed their passions to gain admittance to prestigious design schools in London, New York, Paris and Milan. Many of these pupils gained experience with some of the world’s most renowned designers before returning to China to develop their own labels and boutiques. This influx of returnee Chinese fashion designers, fusing Western and Eastern statements, and with a better understanding of Asian body proportions, has resulted in some of the hottest fashion brands and designers around today.

The first Chinese designer to have her garments grace the catwalk at New York Fashion Week in the early ‘90s, Han Feng is a pioneer in the Chinese fashion industry. Her signature style showcases intricate pleating with timeless silk fabrics in colors and designs that change seasonally. In an effort to seamlessly blend the divide between Eastern and Western fashion culture, Feng’s dedication goes beyond simply fusing East and West. Completely devoted to the purity of her craft, Feng prefers to meet with her customers personally to exchange a dialogue where she is able to share recommendations and customize the shopping experience.

Since the launch of her label in 2008, Masha Ma has gained instant international attention for her chic and futuristic designs. Having worked with designer labels such as Alexander McQueen and Dolce & Gabbana, as well as counting Lady Gaga and Naomi Campbell among her customers, Masha Ma is one of the most celebrated fashion designers in China. With a boutique shop in both Shanghai and Paris, the Beijing native regularly presents her collections during Paris Fashion Week. Her signature style is a combination of effortless modern femininity coupled with brash industrialism.

Leaving China at the age of 17, Huishan Zhang started his extraordinary career being hand-picked by Delphine Arnault to spend his third year of fashion design study in the House of Dior in Paris. After graduation, Zhang created a luxury brand combining Eastern and Western influences. This marries feminine details with strong lines. His couture ‘Dragon Dress’ has become a permanent piece in London’s Victoria & Albert Museum. In addition to having dressed Gwyneth Paltrow, Keira Knightley, Helen Mirren and Samantha Cameron, Zhang’s collections can be found at upscale department stores such as Barneys and Joyce.

Born in Beijing in 1985, Yiging Yin studied fashion in Paris before launching her own brand in 2010, designing clothes in her apartment. From humble beginnings Yin has since received multiple awards and has showcased her collection during the prestigious Paris Couture Week. Yin’s designs emphasize pleats, fluid lines and femininity. As the first Chinese-born, not to mention the youngest, designer to be admitted to Paris’s exclusive elite coterie of haute couture designers, Yin is a designer to watch.

One of China’s most famous fashion designers, Uma Wang has showcased her collection at all the major fashion weeks. After ten years designing textiles and patterns for Chinese labels, Wang launched her own namesake label in 2009. Her signature knitting technique and dedication to balancing fashion with functionality has consistently won her accolades both in China and abroad. She is particularly skilled in mixing and matching different fabrics and textures to create simple but strong garments with subtle detailing.

After studying and working in New York for 15 years, Grace returned to Shanghai to open her own couture brand in 2009, The House of Grace Chen. Officially opening its doors in 2016, and located in Shanghai’s trendy French Concession, Chen’s boutique resides in a beautifully restored heritage Art Deco villa originally built in 924. This artistic mansion integrates a collection showroom, VIP fitting salon, an art gallery, library, dining room and fashion lounge all in a seamlessly designed open concept space. No stranger to the lime light, Chen’s garments have been worn by Chinese mega-celebrity Fan Bingbing and international celebrities such as Oprah Winfrey and Helen Mirren.

Celebrated for her dedication to preserve Chinese traditions and her commitment to environmental consciousness, Ke has developed two designer labels: Exception de Mixmind a ready-to-wear line and Wuyong a haute couture line. A true innovator, Ke’s Exception de Mixmind label is often referred to as China’s first designer brand. She is one of very few Chinese designers who have been allowed to present at Paris’ Couture Week. In addition to international recognition, China’s First Lady Peng Liyuan has also worn Ke’s designs on several occasions. His signature style incorporates an emphasis on environmentally friendly fabrics and uses locally sourced cotton, silk, linen and wool material. Techniques used include traditional dyeing, weaving and embroidery inspired by local minorities from the South of China. Ke has even gone so far as to incorporate traditional sewing equipment into her collection such as a Chinese loom dating back to the 19th century.

Best known for designing garments for Chinese celebrities and Rihanna’s trailing yellow gown for the 2015 Met Ball in New York, Guo is one of China’s most influential designers and was listed as one of Time Magazine’s 100 Most Influential People in 2016. Often compared to the likes of Alexander McQueen and Coco Chanel, Guo’s style incorporates materials such as silk, fur and embroidery work, borrowing heavily from traditional Chinese imperial court design. One of Pei’s silk couture evening gowns embroidered in gold can be viewed on display at the Metropolitan Museum of Art in New York City. As a result of her elaborate and distinct style as well as international media exposure from her unique designs, Pei is one of the most recognizable Chinese designers among Western audiences.

The Future of Runways

‘Made in China’ is being transformed by emerging internationally acclaimed designers capitalizing on more liberal fashion trends.  China has become a blank canvas for designers to make their mark in the largest luxury market in the world. While it is undeniable that China has made incredible advances in the fashion industry in the last two decades, there is a still a long road ahead before Beijing and Shanghai Fashion Week will have the same international outreach as Paris, London, New York or Milan. However, considering how dynamic China’s fashion industry is and given its large consumer base, it is only a matter of time before Fashionistas on 5th Avenue excitedly open the newest Vogue to check out the collections coming out of the Middle Kingdom.

‘Custom made’, ‘couture’ and ‘exclusive access’ are just some of the terms you come across on a Shopping Itinerary with Imperial Tours. Our team can design bespoke shopping tours incorporating designer boutiques in Shanghai, Beijing and Hong Kong. We can also arrange a personal dress fitting with some of China’s design icons. Contact us to find out more about these labels, where to find them and how Imperial Tours can arrange a unique and exclusive shopping experience in China.