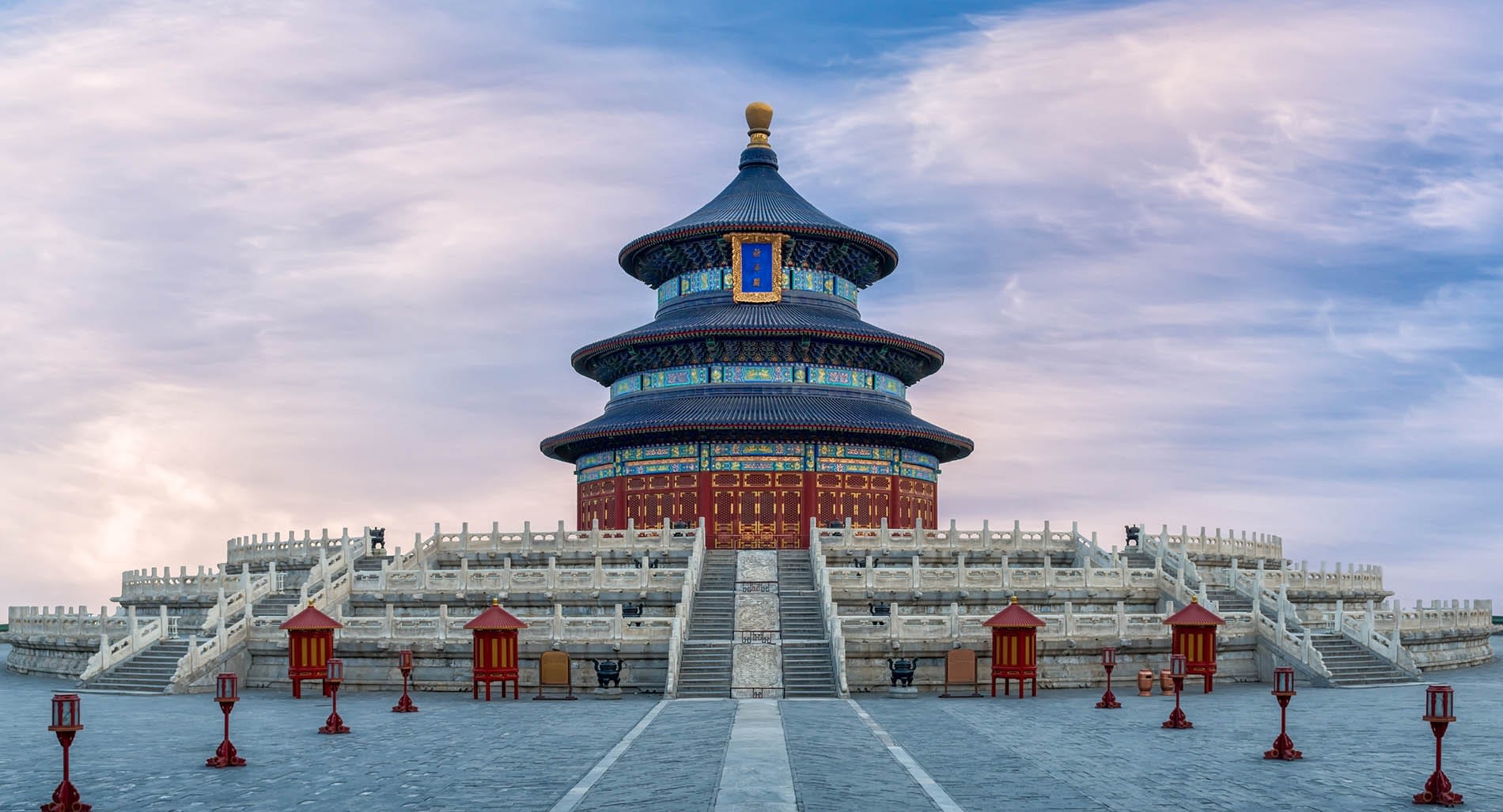 The Temple of Heaven is the most holy of Beijing’s Imperial temples. This is where the Emperor came every winter solstice to worship heaven and to solemnly pray for a good harvest. In ancient China, only the Emperor was allowed to directly worship heaven. Imperial subjects were permitted only to worship their ancestors and river and mountain gods. Therefore, the ceremony conducted at the Temple of Heaven was an act of national importance. Since Imperial rule was legitimized by the”Mandate Of Heaven”, a bad harvest could be interpreted as his fall from heaven’s favor and threaten the stability of his reign. So, it was not without a measure of self-interest that the Emperor fervently prayed heaven to provide a very good crop.

In line with the Confucianist revival during the Ming dynasty, the sacred harvest ceremony was combined with the Emperor’s worship of his ancestors. This embellishment can also be viewed as self-serving. For according to the Confucian pattern of social organization, just as the Emperor respected his ancestors, so a younger brother should respect an elder brother, a wife her husband, a son his father, and a nation’s subjects their ruler. Incorporating ancestor worship within the most solemn ceremony of the Imperial ritual calendar indirectly reinforced the social philosophy that perpetuated the Emperor’s power.

The design of the Temple of Heaven complex, true to its sacred purpose, refers to the mystical cosmological laws believed to be central to the workings of the universe. Hence, complex numerological permutations operate within its design. For example, because the number nine was considered to be the most powerful digit, you will see that the slabs that form the Circular Altar have been lain in multiples of nine. Similarly within the Hall of Prayer for Good Harvest, the interior twenty-eight columns are divided into four central pillars to represent the seasons, twelve inner columns to represent the months and twelve outer columns to represent the two hour tranches that make up a day. There are many such examples of this intense numerology at play.

Whereas in Imperial times commoners were not allowed to enter the enormous park, now for a minimal fee Chinese citizens can enjoy it all day long. Were you to visit at dawn you’d be surprised by the number of people there performing their morning exercises. Next to an older person practicing the slow and flowing movements of Tai Qi, there might be a younger one performing vigorous karate-like punches and kicks. One group might be learning the ancient martial art of sword-fighting, while another might be practising a traditional dance. Should you have the energy and the inclination, it is well worth waking up early one morning and visiting this park to watch such events take place.