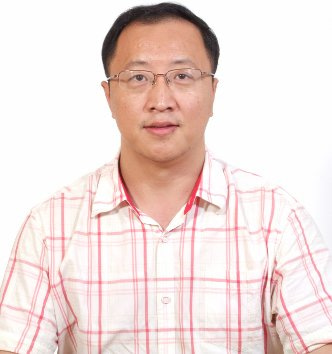 Vice-Director Gao – Thanks Guy for inviting me to do this interview. It is my pleasure to introduce Beijing to the travel community. To answer your question – in the Beijing government structure a “Commission” ranks higher than an “Administration” and a “ Commission” has yet more coordination power and a bigger budget than an  “Administration ”. This shows the increased respect with which the government views the travel industry. As a Municipal Commission, we have more power to co-ordinate other industries, and this is one of the key reasons for the change. The government realized that travel affects and includes many industries, such as culture, sports, education, agriculture, marine and more. So rather than encouraging travel as one sector, the government felt it needed to be managed as an industry interlinked with many others. In order to co-ordinate aspects of various industries within an umbrella of travel, Beijing Tourism Administration was promoted with the status of Commission in 2011. At the same time, BTD was given a much bigger budget.  Our annual budget is now 1 billion RMB (approximately 163 million US$), of which half should be spent on industrial development, for example developing infrastructure and functional areas and half on promotional activities and others.

Guy – 1 Billion RMB a year! That being the case, why do people overseas not see more promotional information about Beijing?

Vice-Director Gao – Please see this in the context of the changes taking place within China at large. These days the central government wishes to let the invisible hand of the market play a greater role in shaping industry. This is a wide-ranging policy shift and one that needs time to develop and mature. We currently focus more on infrastructure development, tourism planning, personnel training and education. To date, a limited portion of our funds have been used overseas because the government needs to learn about the kinds of marketing partnership that will be most effective. As time passes, we will dedicate more funds to overseas promotion with the stronger partnership of Public Sector and Private Sector.

Guy – Can you outline your role within BTD?

Vice-Director Gao – Sure, but first let me give you background on the nature of travel to Beijing. In 2012, there were around 231 million visitors to Beijing and only 5 million of these were from overseas. Whereas in the past, tourism authorities used to focus on increasing tourism numbers to their destination, now we want to focus on the quality of those stays. We want to increase the yield to the city by lengthening each individual stay or increasing the total expenditure of each visitor. We look at high end tourism as a means of achieving our aim, and I am part of the high end tourism development department which is tasked with achieving this. This department subdivides into three areas – MICE (Meetings, Incentive, Conference and Events), Luxury travel (FIT travel) and what we call Specialized Travel. This latter one covers specialized forms of travel that often have high yields such as medical travel, educational travel or various forms of sports tourism.

Guy – What steps have you taken to engage with these markets?

Vice-Director Gao – This is happening on two levels. Firstly, we have worked to increase the public exposure of Beijing to the wider global travel community, and then secondly we have taken steps to foreground Beijing’s suitability for the MICE market.

Apart from regularly sponsoring FAM trips for agents and media, we have sent “Kungfu Pandas” to the UK and Ireland in 2012 and then in 2013 to USA and Canada. Our marketing campaigns have included sponsoring a Royal Albert Hall performance in London by Swedish rock pianist Robert Wells together with famous Chinese singer Madame Tan Jing and we have developed multi-million dollar shows for New Year’s Eve celebrations in the Temple of Heaven and in the Summer Palace in 2011 and 2012, images that went all around the world on the stroke of midnight. In October 2013, there will be a pull-out section of Travel + Leisure magazine in the US and we have also placed some advertising in One +, the MPI magazine.

On a more specific level, we have been working particularly in the MICE area. We have sponsored delegations of Beijing travel companies at CIBTM (co-hosted by Beijing Municipal Commission of Tourism Development), EIBTM and IMEX Frankfurt for the past few years. At the same time, the government’s role is also to increase communication with international organizations. Thus, we hosted the WTTC conference in 2010, PATA’s 60th anniversary event in 2011 and followed this in 2012 by hosting the Site Global Conference. These major events increased Beijing’s exposure. We also have fostered dialogue with ICCA and MPI and launched the first Skal chapter in China in Beijing in August15, 2012. Another exciting development was that in 2012, Beijing together with other cities, such as Berlin, Los Angeles and others launched the World Tourism Federation with its secretariat to be based in Beijing, which will create a broader platform for international tourism community.

Guy – So what do you feel BTD needs to do to attract more MICE business to China?

In 2011 we launched the BCVB (Beijing Convention & Visitor Bureau) and formed the Beijing High End Tourism and Meeting Industry Alliance, a committee comprising industry and government representatives to move MICE forwards. I feel to further MICE, what we need to do is firstly to co-ordinate and mobilize the abundant resources for MICE. I mean we need to present further and better the spa, golf, restaurants and ancillary services and to foreground these in the MICE offering. Secondly, we need to ask for business from industry leaders in Beijing who could do a better job of inviting conferences to Beijing.  I feel that Beijing has a fantastic sales proposition for MICE. Planners want something different and unique.  Beijing offers both historic event venues like the Great Wall and the Forbidden City as well as futuristic ones like the Water cube. The amazing cultural highlights and the attraction of one of the biggest consumer markets in the world are at the core of bringing MICE business to China.

Guy – Do you feel airlift is holding back Beijing’s development of the MICE market?

The air ticket fee is a factor in competing with international destinations, and we are working closely with Air China and other airlines in a win-win situation to try and entice more business travelers to Beijing. Similarly, the increasing strength of the RMB is another factor. However, these need to be balanced in the overall business decision. China will soon have the largest consumer market in the world. How exciting a proposition would it be for many business people to hold their event in the capital city of this market? Many competing factors need to be considered to come to a balanced decision for a business about where to hold their events and we feel that Beijing offers a compelling case.

Let me pre-empt your next question and say something about air pollution.  The pollution starting in winter 2012 was bad, and the situation remains unsatisfactory today. Nonetheless, I am confident that in the next few years Beijing will overcome its challenges in this area. Beijing government recognized in February 2013 that there is a problem and has issued aggressive targets for pollution reduction by 2017. I really believe we will succeed in this.

So the Chinese people are friendly, we have excellent hotels and we warmly invite you to hold your event here in Beijing and to see what our society, different from yours, but still wonderful and successful looks and feels like.