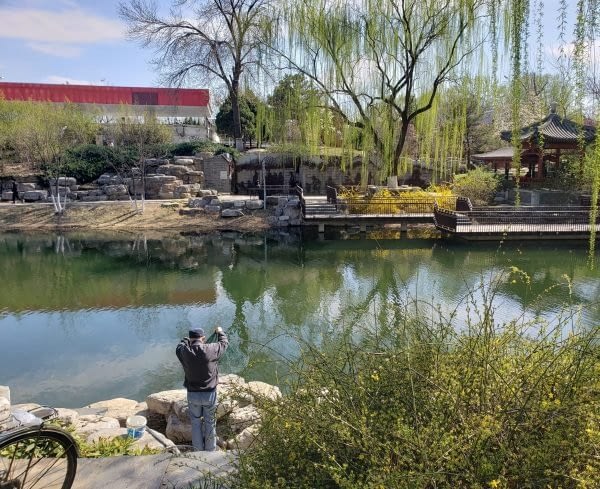 Beijing Life in the time of Coronavirus – Part 2

If you haven’t yet read Part 1, click here to read about Jaime’s earlier experiences living through the Coronavirus quarantine in Beijing

“Last week there were five straight days without any locally transmitted infections in the entirety of China. Although that trend was bucked this Monday, it has been the case again today that the only new cases in the country are from individuals (Chinese or foreign: it isn’t known) who recently returned from abroad. Hubei province, which was the epicenter of the virus in China, has today announced that it will be lifting the travel restrictions that had been in place for two months, except for its capital Wuhan.

Things are far from returning to normal: thousands remain in hospital in serious condition and millions under varying degrees of curfew or quarantine measures. However, the vast majority of people across China can now go to work at their offices, exercise outdoors, dine with friends at restaurants and return home to their families with the hope that the worst part of the crisis has passed.

As the virus ricochets around the world, there are still stringent regulations in place to dissuade large groups of people congregating in case there are undetected clusters. The main tool that has been deployed in Beijing and other cities is the use of entry/exit cards. These are small cards which each local neighborhood issues and which must be shown upon leaving and entering the community. They have the user’s name and address, as well as in some cases a copy of the identity card on the reverse side to discourage misuse.

Most residential compounds in Beijing are gated, and each entrance is dutifully patrolled by volunteers working in shifts of a few hours each who check to make sure everyone coming in or out has a card, as well as their body temperature with a laser thermometer. This system has ensured a constant vigilance for potential new cases, and it has helped to ensure that the volume of interactions in any given area is lower than it would be otherwise. Likewise, restaurants and bars have a strict limit on the number of patrons they’re allowed to have on premises at any given time (my estimate is that the limit is 30% of capacity), with a maximum of 3 people seated together and ample space between tables. In what was surely meant as a symbolic gesture of confidence, one section of the Great Wall has re-opened to visitors after being closed for two months, albeit with the mandatory donning of face masks, temperature checks at the entrance and reduced visitor capacity.

Life is not normal in Beijing yet, far from it, but we can see it on the horizon. Whispers of movie theaters and museums starting to re-open are gaining credence and the steadily increasing flow of people on the streets (including a few risk-takers without masks) are for me all but certain signs that this city is steadily returning to its old self.

I sadden when I talk to friends in Italy, and I would rather not ponder too much on what awaits less-prepared countries around the world in the coming weeks, but I am absolutely convinced that if the world follows the instructions of health experts we will be able to get through the worst of this crisis in a much shorter span of time than we can imagine.”

– Jaime is one of Imperial Tours’ Itinerary Designers and a Beijing resident.