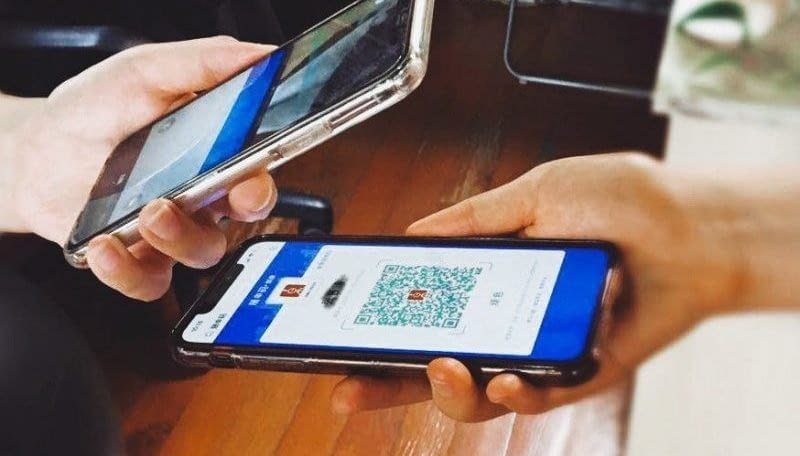 The Benefit of Experience in Tackling Covid-19

During these times when our faith in the future is questioned, it’s uplifting to be sent glimpses of societies that are further ahead in confronting Covid-19. China and Hong Kong had the misfortune to face their first coronavirus in November 2002. That gave them a head start in meeting the challenge set by this new disease. Kate, Imperial Tours’ Shanghai-based China Host, provides a snap shot of life in Hong Kong and the main cities of China’s mainland. She explains the technology and history underpinning their relative success in confronting Covid-19 and provides peace of mind by showing how – even before there is a vaccine – we can establish a new normal.

The Situation In Hong Kong

When Covid-19 first attacked, it appeared that Hong Kong was at great risk and likely to become inundated with cases. It has many land borders with the mainland and a huge influx of visitors crossing its borders every day, not to mention it being a transit hub for international flights from all over the world. Yet a lockdown never became necessary in Hong Kong. Why? Because Hong Kongers have been here before. These are people that have come through SARS and swine flu and they know the drill. So without the need for laws and lockdowns and police, the Hong Kong people started distancing from each other. They wore masks when they went outside and chose to stay home more. A survey in March found that 85% of people said they were avoiding crowded places, and 99% said they wore a mask if they went outside.

The government supported this effort by acting quickly and following WHO guidelines to test, test, test. They allowed just three crossing points from the mainland to remain open and introduced strict checks and quarantine measures for those arriving in the city. They stopped flights transiting. They also limited gatherings to a maximum of four people and required restaurants to separate tables and limit capacity to 50%. Bars and nightclubs were closed for a time, generally just 14 days. So, restaurants didn’t close, nor did daily life shutdown, yet with the willingness and cooperation of a people quick to play their part, Hong Kong maintained one of the lowest case-counts of the virus in the region.

At the time of writing, Hong Kong’s borders with the outside world remain closed to outside visitors and some restrictions remain in place. For example, it’s common to have your temperature checked and to see plastic screens separating tables in restaurants. However, people are gradually feeling safe to meet, now in groups of eight, as per current guidelines. Bars, beauty parlours and other leisure facilities are reopening and life is getting back to normal, albeit with the continued use of masks

The Situation On The Mainland

At this point, bars and restaurants have reopened and patrons need not wear masks. In fact, only on public transport and in office buildings are masks widely worn indoors. Cinemas and other cultural events are operating at reduced capacity and if you fancy a swim you’ll need to book in advance. However, within those parameters, life is largely back to normal. Schools are slowly opening, people are travelling to work and socialising in the evenings. It appears China’s major cities have reached a new normal.

So how does life continue at this critical time of increased vigilance? The answer – Technology.

All residents use a QR code within Alipay or Wechat (If you haven’t heard of these platforms, you will have within five mnutes of arrival in China, it’s pretty much impossible to function on the Mainland without them. Think WhatsApp or Facebook but so much more necessary.) The system is pretty straightforward, you sign up with information about your health and where you’ve recently travelled. Then everywhere you go you scan the QR code, for example on a metro carriage or in a mall, and as a result of this you get given a traffic-light-based colour-code. A green code is your passport to freedom! Bars, restaurants, malls, whatever, you just show your green code at the door and in you go.

Now, it is worth pointing out that each city operating these codes has a separate system so the criteria and consequences differ slightly, but broadly speaking, if for any reason someone you’ve been in contact with later tests positive for the virus, your code turns yellow, at which point you’re required to self-isolate at home. You won’t have much option because with a yellow code no-one will let you in anyway. If you yourself develop symptoms and test positive, your code becomes red at which point you need to be in a government operated isolation facility. This method seems to be hugely effective, probably because of it’s ease of use and the willingness of the public to subscribe. The local transmission of cases has fallen to basically zero in all of the major cities. A secondary reason this system may be so effective, is that it makes a green code so valuable, that no-one wants to risk losing it. Therefore, the incentive to take unnecessary risks is reduced significantly

The Benefit of Experience in Tackling Covid-19

China has weathered an array of health crises since it’s opening up in 1979. From the Hepatitis A outbreak in 1988, to the much publicised outbreaks of SARS in 2002/03 and H7N9 in 2013 and now, the worldwide pandemic we all face. Yet as the virus persists and spreads from one hotspot to the next around the globe, in China, where the eyes of the world were so focussed just four short months ago, life is pretty much back to normal. That’s not to say there isn’t the occasional small outbreak, quickly contained and dealt with, or that people don’t remain cautious, but on the whole, the economy is moving, people are working, leisure venues are open and China is back.

So how did a country faced with a virus unprecedented in its transmissibility regain control in such a relatively short space of time? In short, the preparedness of the authorities and the willingness of the people.

The virus was widely recognised mid-January, shortly before the Chinese New Year holiday. This may have been a blessing in disguise, as, although huge numbers of people travel for the week long holiday, it made it relatively easy to close workplaces. China’s first line of defence was to lockdown Wuhan city, where the virus originated, closely followed by suspending intercity travel and extending the new year holiday in order to stop people moving around, taking the virus with them.

Increasingly strict measures followed nationwide. Neighbourhood committees (local “police” in charge of each residential area) became extra assertive, especially in Shanghai, where the rules imposed by the neighbourhood committees frequently went further than the national government guidelines. In Beijing, residents were advised to tell their local authorities of their impending return whereupon they would be asked to self-isolate for 14 days. In Shanghai, people could only sleep at the address at which they were registered and could not enter other apartment complexes for any reason. Masks became compulsory when leaving home, something which was only permitted for the purposes of buying essential supplies. Once the borders closed, anyone arriving at Chinese airports were subject to a mandatory quarantine, often in a designated hotel at their own expense. Those that were allowed to quarantine at home were escorted. As they walked from the vehicle to their home, teams in hazmat suits followed, spraying the ground behind them with disinfectant. Temperature monitors were placed on the returnees’ beds to check for a fever while they slept and sensors were placed on the front door of the apartment. If the door was opened for any reason the returnee would receive a text message asking for an explanation.

Just four months later, with its borders closed and rigorous testing in place, China is back in business.