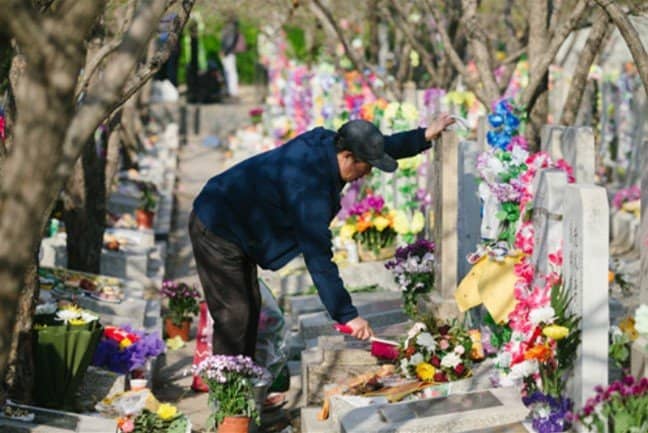 Tomb Sweeping Festival, or Qingmingjie in Mandarin (pronounced Ching-ming-jair), is a three-day public holiday in China, making it the perfect time for a luxury China tour. Literally translating to the Pure Brightness festival, Qingmingjie is the day when people pay their respects to ancestors, traditionally by cleaning the graves and burning offerings. However, since this day usually falls on the 4th or 5th of April, the occasion is often used to mark the start of spring. Given the three day holiday, people may go on outings to enjoy the first hint of warmer weather, or even opt for domestic travel to another city, visiting the 5 Star offerings available in this fast developing luxury travel market.

Qingmingjie began over 2,500 years ago in the Zhou dynasty. Emperors and officials frequently held lavish ceremonies in honour of their ancestors, offering sacrifices and praying for a good harvest, health and prosperity. Over the years this morphed into the tradition of cleaning ancestors’ graves and burning food and paper, representing money, to bless them in the afterlife. The date of the festival, on the first day of the Qingming, or second, solar term, was fixed by Emperor Xuanzong, of the Tang dynasty, who decreed in 732AD that respect could only formally be paid at ancestors’ graves on this day. It’s a tradition since respected by officials and commoners alike.

Traditionally, Qingmingjie was the day when families would go together to the grave of their ancestors. They would spend the day digging up weeds, adding fresh soil and perhaps sticking willow branches, flowers or plastic plants on the tomb. They would also leave offerings of food and tea, or wine, as well as burning incense or artificial paper money, as it is believed that burning such things at a grave makes them available for use in the afterlife. They would also pray to their ancestors and ask them to watch over and bless the family.

If visiting friends or neighbours during this time, you’re likely to see willow branches hanging next to front doors to ward off evil spirits, which are thought to wander during Qingming. The use of willows specifically is homage to the Buddhist Goddess, Guanyin, who is usually depicted with a willow branch and a vase of sweet dew to banish demons. Guanyin also inspires the popular Hong Kong dessert, Yangzhiganlu (杨枝甘露), a feature of our popular food tour in Shanghai, as the sweetened coconut milk and sago in the dish represent the sweet dew and the willow branches.

Kite flying is also an important tradition of Qingmingjie. Young and old alike will often take to the park to fly kites with lanterns tied to the strings in the belief that this can bring good luck. Sometimes the kite strings will be cut, to allow the kite to fly free. Kites can even be seen flying into the evenings when the lanterns on the strings can appear like stars or fireflies dancing in the night sky. A fun activity for those travelling with children. Since the festival is marked by a three-day national holiday (actually just one day plus the weekends, as explained here), nowadays people often take the chance to celebrate the beginning of spring by taking a short trip out of the cities, or visiting parks and gardens to get glimpse at the emerging spring blossoms.

The most traditional food, which you’ll see everywhere in the weeks leading up to Qingmingjie, is undoubtedly the Qingtuan, literally meaniing “green ball”, and that is exactly what it looks like! A sticky, sweet, almost luminous green ball of paste wrapped in clingfilm and much tastier than the description would have you believe! The outside, green part is made of glutinous rice mixed with vegetable juice to produce the colour. Then inside is a sweetened red bean paste, which can sometimes be a bit of an acquired taste to the Western palette, but is a staple in many far eastern countries. The qingtuan is then eaten directly out of the clingfilm covering as a tasty sweet treat. Originally, Qingtuan were eaten on the “Cold Food Festival”, which was usually one day before Qingmingjie. However, over time, these festivals have merged together, and very few places now celebrate the two separately. Thus, the vast majority of people will tell you that Qingtuan are a traditional Qingmingjie snack.

Either way, if you’re visiting China in late March or early April, the Qingtuan really have to be tried! A food tour makes the perfect way to spend an evening on your luxury China tour, giving you an ideal opportunity to sample these special treats.

“I’m personally an atheist, but the concept of having a day to visit the family graveyard appears valuable to me, because I think sometimes it’s the living one that need to feel connected to a ‘root’.” -Sonia, 29

April is a wonderful time for a China tour, with the weather becoming pleasantly warm across the whole country. Many cities on your luxury travel itinerary will include the option to visit Buddhist or Taoist temples, where you can see, and even participate in, the practice of burning incense sticks. Traditionally three incense sticks are lit and held during prayer and this incense is available to buy near the entrance to most temples. The Lingyin Temple in Hangzhou is particularly special, since just outside it is a long promenade with caves containing statues of many different Buddhas carved into the rock. A rare and impressive site! It’s also joined to the luxurious Aman hotel, offering indulgent massages and spa treatments after a long day’s touring.

As you visit Shanghai, keep your eyes open in the markets of Yu Gardens too, as you may see some of the paper money to be offered as a sacrifice available to buy. An unusual and poignant souvenir for those wishing to tell stories of the cultural tradition of Qingmingjie on their return home.