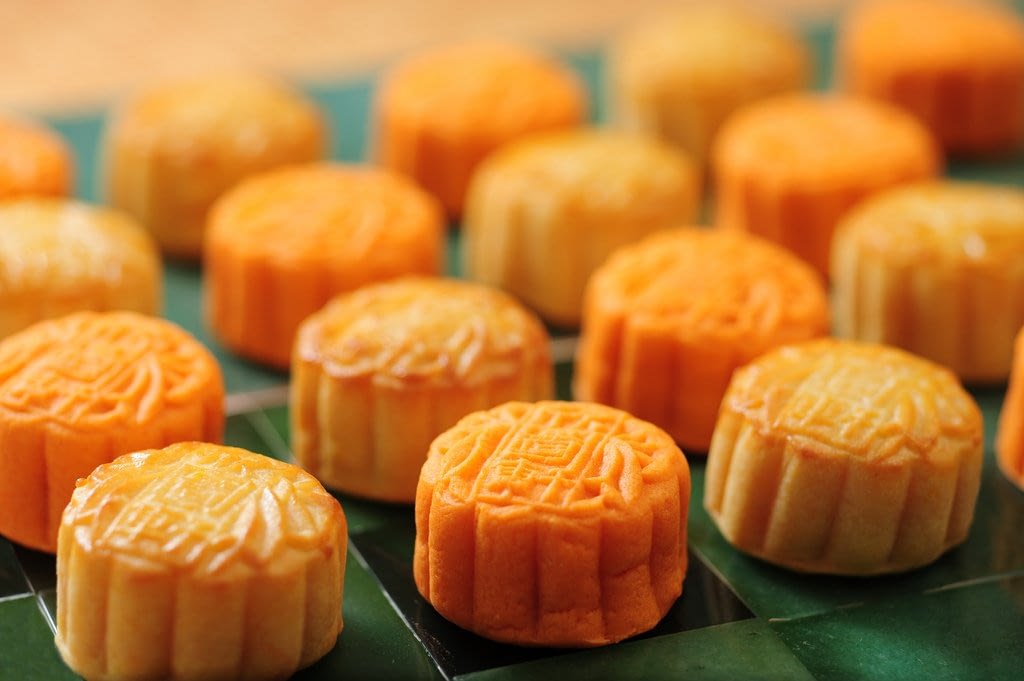 Three Legends of the Mid-Autumn Festival

I’m sitting here waiting for the blood moon to peer over the horizon on this day of the Mid-Autumn Festival, also called the Moon Festival. It takes place on the 15th day of the 8th month of the lunar calendar and is a celebration of the roundest and brightest moon of the year. It is a time when families come together to give thanks for the harvest. Even those relatives who cannot physically reunite for the festivities can take comfort by looking at the full round moon and knowing that their family members are doing the same. One of the traditions of the holiday is to make and eat moon cakes. Traditionally round, the moon cakes symbolize unity of family.

There are three legends associated with the Mid-Autumn Festival. Here they are, as told by my older daughter, a 2nd grader at the Chinese American International School in San Francisco, the first Mandarin immersion school in the United States:

Once there were ten suns and they were going to destroy the earth by rising at the same time. Houyi, an archer, was summoned by the emperor and he shot down nine of the suns and saved the earth. For his good deeds, he was offered a gift. Houyi was a greedy man and he wanted to live forever, so he asked for and received an elixir of immortality. Chang’e, Houyi’s wife, knew he was a greedy man and so she stole the elixir and ran away with it. Houyi chased her. As he was catching up to her, she drank it to escape and she was lifted to the moon. You can see her in the moon on the Mid-Autumn Moon Festival.

Once there were three moon magicians who came to earth. Changing themselves into men, they pretended they had nothing to eat. They were trying to see who could give them the best food. The fox gave them berries and the monkey gave them other fruits. The rabbit had nothing to give, so he gave himself. The magicians were so impressed that they took him to the moon to live with them. Sometimes you can see him on the moon. He gives food, ensuring a good harvest. He makes moon cakes and throws them down from the moon for the Mid-Autumn Festival and you can see him up on the moon with Chang’e.

Once there was a selfish woodcutter. He wanted to know the key to eternal life. An old hermit promised to teach him the secret but he had to do everything the hermit told him to do. But the woodcutter was a lazy man so whenever he was asked to do something, he would take a nap under a tree. The hermit revealed his true identity; he was the Jade Emperor. The woodcutter was scared and begged for one last chance. The Jade Emperor said no and took him to the garden on the moon. He said, “You must cut this tree and if you stop for even one minute, you will wither away and die.” The woodcutter thought to himself, “that’s easy because I’m a woodcutter, after all.” He started to cut the tree but when he did, it healed itself right away. And from then on, you can always see him on the moon chopping the tree and filling the air with the scent of cinnamon.