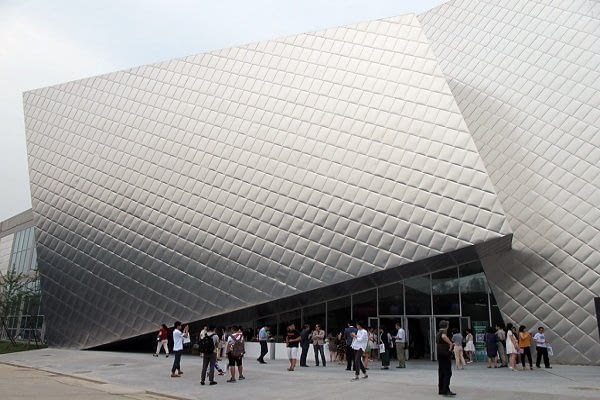 Imperial Tours has compiled another roundup of what’s happening and what’s new in China luxury travel this fall.

Fall is a busy time on the art scenes in China’s key cities. Beijing Design Week (Sep. 23rd to Oct. 7th) is running for a total of two weeks this year and they have expanded their number of installations and events across the city. Shanghai is hosting both the Shanghai Art Fair in November and the Art 021 Shanghai Contemporary Art Fair – both key events for buyers of contemporary art.

A new gallery has recently opened in Beijing up in the 798 art space in a converted electronics factory. Minsheng Art Museum is architecturally stunning but as it’s only recently opened the exhibitions are rather bare so we recommend going for the architecture rather than the art at this stage.

Visitors to Shanghai can now reflect on an interesting part of its global history whilst sipping coffee at the historic White Horse Café which recently re-opened in Shanghai’s Jewish quarter. The cafe was first opened in 1939 and quickly became a hub for Jewish refugees fleeing Nazi persecution. Shanghai has recently applied for the Jewish quarter to be recognized in the UNESCO Memory of the World register.

Beijing’s luxury fine dining establishment Temple Restaurant (TRB) has just opened a casual dining restaurant TRB Bites. We visited for dinner during their soft opening and can tell you it’s just as wonderful as you’d expect from the TRB team. It’s taken over the space that was The Courtyard by Brian McKenna, and for those not in the know that means a space overlooking the moat of the Forbidden City at its east gate – definitely a place to wow visitors to Beijing. You can choose from 3 to 5 courses from the menu and the quality and presentation of the food are almost on a par with TRB. Where it becomes more casual is that it sports an open kitchen and tables are much closer together meaning it feels less exclusive than TRB.

Speaking of Brian McKenna, he has also decided to go down the more casual eatery route with his new venue Molly Malone’s Gastropub and Grill at the Legendale hotel in Wangfujing. We haven’t tried it yet but expect British pub food with a gourmet, celebrity chef touch!

In Hong Kong Mott 32 has been serving up fine Chinese food for just over a year now but is definitely still worth a mention here. Our staff recently stopped by for dinner and were very impressed by both the food and the interior style. If it’s excellent dim sum you’re looking for then this restaurant delivers as all their dim sum is prepared on-site, unlike many other restaurants. The décor and design are very fitting given that it’s a contemporary Chinese restaurant beneath one of Hong Kong’s oldest banks. In fact, the restaurant was named World Interior of the Year in 2014 so it’s not only Imperial Tours that are impressed!

One of the most talked about hotel openings in recent months has been The Temple House hotel in Chengdu, the third addition to the ‘House’ group of hotels by Swire. Chengdu is one of the fastest growing destinations for tourists in China and now ultra-luxury travelers are catered for with this chic new property. You can read our full review here.

In Beijing the NUO hotel has recently opened in the 798 art district. It’s the first of a Chinese chain of luxury hotels which has plans to go global. We have already tried and tested their restaurant which is excellent and makes a nice break from touring the many art galleries in the area.

de Gournay, famous for their exquisite hand painted wallpaper, have recently opened a showroom in Beijing. Located in a beautiful Chinese courtyard in the hutongs it’s their second store in China after Shanghai. If you are looking for something unique to take home then de Gournay’s Emperor Collection is currently on sale only in China, before a later worldwide release.

Finally in other news Imperial Tours has recently started an Instagram account so you can now get China travel inspiration on your phone as you go. Check out our luxury China travel collection of photos here or to keep up with all the information on luxury happenings in China then like our Facebook page.