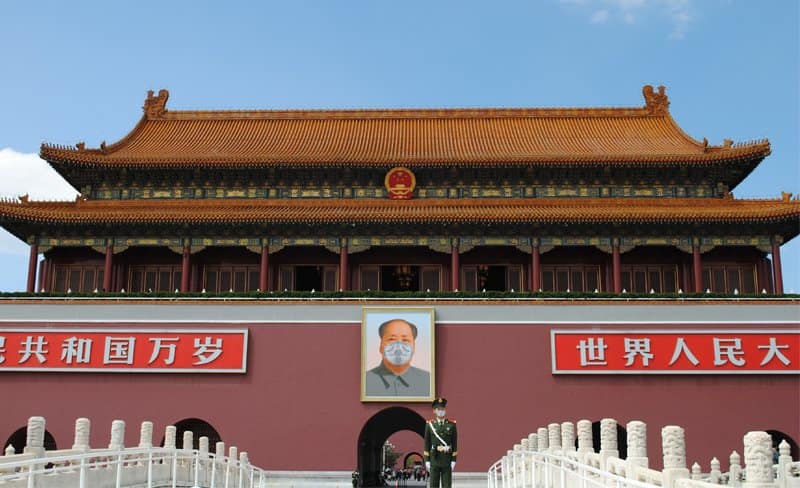 Domestic Travel in an Uncertain World

As China’s big cities return to a new-normal, bars and restaurants are open, friends can meet and everyone is back to work. So, what about those wishing to take a break from everyday life and get away for a well-earned weekend? Of course, international travel is not really an option right now, but how has China’s domestic tourism market faired in these uncertain times?

The year of course began with considerable disruption due to the outbreak of the coronavirus, during which all of China’s many and varied tourist destinations were closed. By May 1st, however, China had long since declared victory over the virus and most of its world-famous sites were up and running again. Combined with the weekend, Labour Day (1st May) was a three-day holiday in China, of which many people took advantage.

In the first two days of the holiday more than 50 million trips were made, a respectable number by any calculation. In Beijing, the Forbidden City was partially open for the first time, albeit with limited ticket sales and social distancing measures maintained. In Shanghai, the city’s main tourist attractions welcomed more than 1 million visitors back, albeit initially operating at only 30% capacity and requiring visitors to wear masks. On the first day of the holiday, China’s railways carried 7.4 million passengers, the highest daily number recorded since the Lunar New Year holiday when the crisis began. Of course, one should bear in mind that these numbers were barely a quarter of the norm for this period, and there are many reasons for this. For starters, many people simply did not feel travel was yet worth the perceived risk. A nation that had been told to stay in their own homes for their own safety took a while longer to be lured back onto trains and planes.

Another reason may be linked to the path that China had taken out of lockdown, namely in its use of QR health codes. As mentioned in an earlier blog post “The Benefit of Experience in Tackling Covid-19”, most of China is now covered by a mandatory QR code system. To apply for the code, you register on an app such as Alipay, an e-wallet widely used in China, and enter information about your health, recent travel history, as well as ID information. This will give you a QR code: if green, you’re free to move around, but if your code changes to yellow, then restrictions including quarantine may follow. Each city generally has its own system and criteria, with differing consequences for varying colours. If a neighbouring city has confirmed covid-19 cases for example, travelers had reported that a visit may result in a yellow code and the need to self-isolate upon return. For a short trip from Shanghai to Hangzhou, just an hour away on the train, such potential uncertainty may have been off-putting even to locals. Accordingly, business travel reduced, with companies avoiding the risk of their employees getting stranded. However as things have moved on, it’s now possible to acquire multiple QR health codes, or codes which are compatible across cities. This has helped somewhat, allowing travelers to apply for clearance in advance, and has encouraged more people to get out and about.

Most hotels have now reopened, albeit not yet at full occupancy, but likely faring better than elsewhere. With temperature checks and facemasks having been commonplace for months, China’s travel industry is doing its best to help potential guests feel safe and secure away from home. Hand sanitiser is readily available everywhere.

For foreigners travelling within China, things have been a little more difficult. Until recently in fact, the Chinese Foreign Ministry had stopped issuing visas to China. These have since resumed, in a limited capacity and targeted to specific nationals only (mostly European). At present US passport holders are not granted visas for leisure travel. For those foreign nationals already in China – there can still be compatibility issues with QR codes, although the situation is improving as the system matures.

A month after the Labour Day holidays, a new outbreak did occur in Beijing. Then, over 1,200 flights were cancelled, train services greatly reduced and much of the city endured varying degrees of restrictions. However, roads remained open and people were allowed to leave once they had received a negative test result. Whereas this wave was quickly contained (as is to be expected by the swift action of local authorities now), mini-outbreaks have since occurred in Xinjiang Province and, even more recently, in Hong Kong which is currently at the tail end of its third wave. As a nation, the people are therefore much more alert – and uncertainties have affected mobility – but at the same time, most Chinese are confident that they’re currently in one of the safest places to be from the ongoing pandemic.

These days, China appears to be far ahead in getting life back to a new normal. Restaurants are buzzing and there is life on the streets. Air travel has recovered to pre-covid levels.  In many parts, you can see people’s faces again, though masks are still required on most forms of public transport. Whatever setbacks might come in the near future, I don’t doubt that China’s tourism industry, along with other sectors, will bounce back quicker than most.