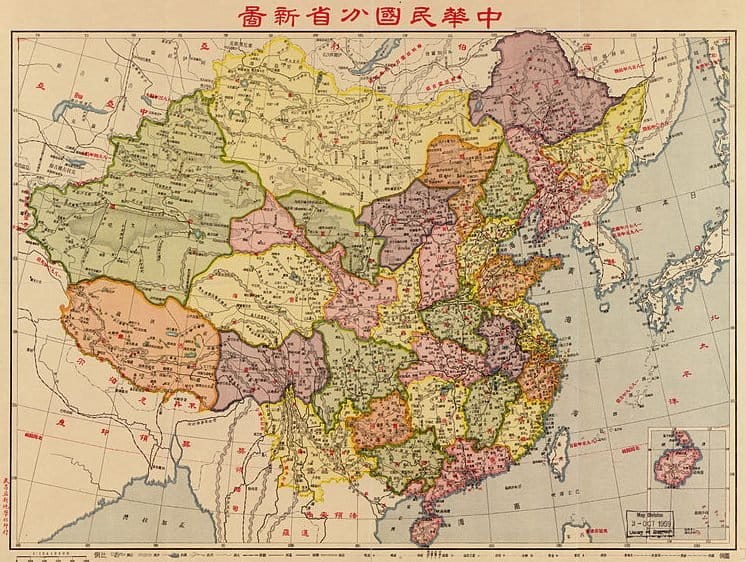 “How large is China?  I have 7 days in China and would like a luxury tour to Beijing, Xian, Guilin, Shanghai and Hong Kong.  Is this possible?” As an Itinerary Designer at Imperial Tours, I have been asked this question (or a similar variation) countless times. My initial response is that technically it is possible if one wishes is to zip from city to city with very little time in each destination. But I then continue to explain that China is a large country; flights from one city to the next average 2.5 hours per leg and each of the destinations are markedly different in terms of tourist sites to see, historical significance, culture, as well cuisine.

To put things in perspective, China is about the size of the United States (the USA is in fact slightly bigger, but who’s competing?). This means visiting the aforementioned cities in seven days equates to traveling from Washington DC to Chicago to Las Vegas to San Francisco to Seattle!  That would lend to a very ambitious, not to mention a rather exhausting holiday itinerary.

From the standpoint of a traveler seeking an extraordinary China luxury travel experience, I strongly advise clients against covering too many destinations over a short period of time.  If clients are constrained by time and are limited to just one week in the country, rather than squeezing in as much as possible, I suggest that they visit fewer cities to allow ample time to truly experience and enjoy each destination. On the other hand, if clients are flexible with regards to time, two weeks is suitable to cover about five destinations without feeling too rushed.

For a first-time visitor who (a) has approximately a week to travel, (b) is eager to obtain a nice overview of the county, (c) seeks a luxury China tour and (d) is open to advice, an itinerary I frequently recommend is: Beijing (3-4 nights), Xi’an (1-2 nights) and Shanghai (3 nights).

As the nation’s capital and political center, Beijing serves as a good logistical starting point and a wonderful introduction to the country.  It is home to numerous well-known, must-see historical sites including Tiananmen Square, the Forbidden City, Summer Palace, Temple of Heaven and of course the Great Wall (note, Imperial Tours does not take our clients to Badaling which has a daily quota of 65,000 tourists.  Instead we take our clients to a more remote section of the Great Wall that’s a further drive from town, but well worth it because once there, one literally feels that one has the entire wall to oneself! We can even bring you for a bit of trekking to an unrestored section of the Wall).  Three days is sufficient to check-off the key sites in Beijing, but an extra day allows for a bit more flex time to embrace additional cultural experiences such as Factory 798 area, the epicenter of Beijing’s art scene; a stroll through gentrifying hutong grey-painted alleyways for a glimpse at local daily life; or a stop at the Lama Temple, a Tibetan Buddhist Temple.  Let’s not forget about the culinary delights this northern city has to offer, namely Peking Duck!

From Beijing, a two-hour flight southwest takes one to the ancient capital of Xi’an (concerned about your carbon footprint? Consider a high-speed train from Beijing to Xian which takes 4-5 hours).  Despite being the start of the Silk Road, had a local farmer not stumbled across the Terracotta Warrior ruins some five decades ago, one may question if Xi’an would have garnered its popularity as a major tourist destination (that might be the subject of another blog!).  If the Terracotta Warriors is all one wants to see, one night will do.  However, there are a handful of other sites beyond the Terracotta Warriors that warrant more time such as the imposing ancient City Wall (fancy cycling the 9 mile (14 km) circumference?) and Great Mosque, one of many mosques serving the city’s approximate 30,000 Muslims in heart of the vibrant and bustling Muslim quarter.  On the subject of food, Xi’an is popular for sumptuous dumplings in a multitude of shapes and fillings.

The final stop of a week-long trip is none other than Shanghai.  Located on the eastern coast (2.5 hour flight from Xi’an), Shanghai seamlessly blends a vibrant colonial past, the now and the future.  Two full days in this dynamic city allows one to get a solid sense for the place.  One can wander through sycamore-lined boulevards in the heart of the Former French Concession (perhaps led by a historical expert who can bring to life the bygone era of Shanghai’s colonial history), visit the Yu Gardens (a prime example of traditional Chinese garden design), explore the Shanghai Museum (arguably the best museum in the world for classical Chinese art), engage in some retail therapy (souvenirs to take home) and gaze over the city from the Shanghai Tower’s (second highest building in the world) observation platform. Like any cosmopolitan city, Shanghai also boasts some of the world’s best restaurants – both western and Chinese!

I recall a guide once saying, “Imagine China as a tree.  Xi’an symbolizes its roots, firmly steeped in ancient history that spans the course of 5000 years.  Beijing represents the tree’s trunk. With a history dating back some 500 years, the political center is solid and establishes the country’s direction.  Finally you’ve got Shanghai, characterized by the leaves.  It’s susceptible to wind, it’s young and dynamic.”  I thought it was pretty good account, albeit simple, to summarize a one-week introductory trip to China.